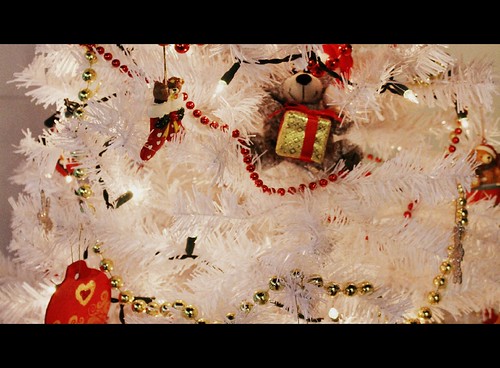 If we don't have a white christmas then it's perfectly okay to fake it. Although there has been talk there could be some wintery weather coming. This picture makes me feel a little jingly and look forward to watching a few christmas movies while rummaging through the Quality street tin. Which has not yet been brought for obvious reasons.

Well christmas is now waiting patiently in the hall, and tonight could be the night. I have a little voice in my mind saying I probably do need to buy some cards. I would have loved to be making some but can't seem to muster the right amounts of inspiration. When is the last posting day? On which day can I officially abandon the idea. Is this the year to begin an on-line christmas robin, with pictures! or a new year one? I would like to find a fresh take on the idea.