the olympics and citizenM 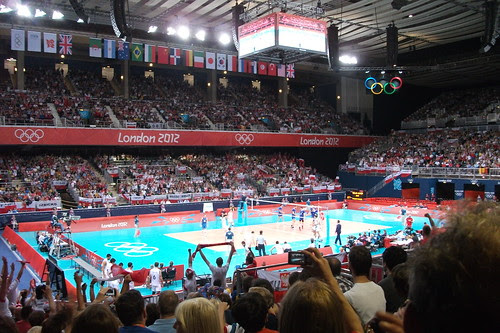 Did I remember to tell you we were going to see the olympic volleyball at Earlscourt?
I'm not sure I did,

we were a bit sorry not to be going to the olympic park.......
but the olympic spirit was very much alive at Earlscourt.

I had a crash course in how to play volleyball,
we watched a very fast and high powered game.
it was very exciting,
we joined in the mexican wave
and the noise level was through the roof!

having managed to get there early, three hours in fact!,
we had a long wait and a big build up to the event,
we even managed to get our photo taken holding the olympic torch,
it was really light,
I was really chuffed to do that!

travelling to london on the train was fun and really easy,
it's an hour and a half from where we live.
lots of people going to the olympics with their Union Jacks,
London was at its busiest and best,
with many different nationalities,
and lots of friendly volunteers to help people find their way. 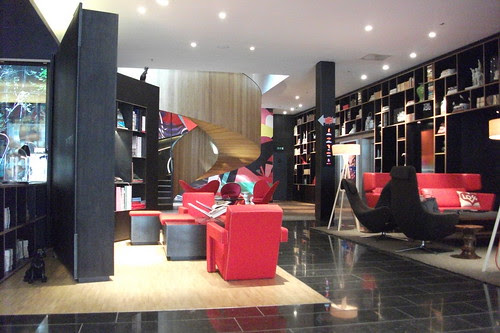 The next treat of the day was  Hotel CitizenM,
this place was really beyond our budget,
but......
having been open only for three months it was on special offer!
still outrageous but then all the other accommodation in London was as well.
The reviews on this place were great in comparison to most of the others
and it seemed like it would add to the whole experience.
I thought I had gone to design heaven....! 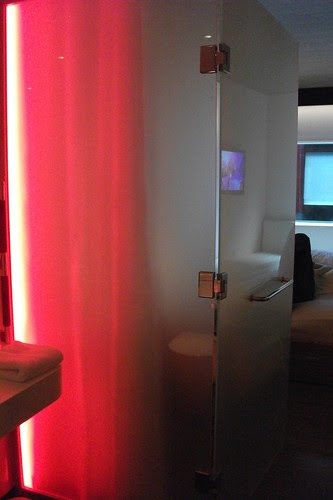 the room felt like being on the star ship enterprise!
with mood lighting and an ipad which opened the blinds,
uber modern. 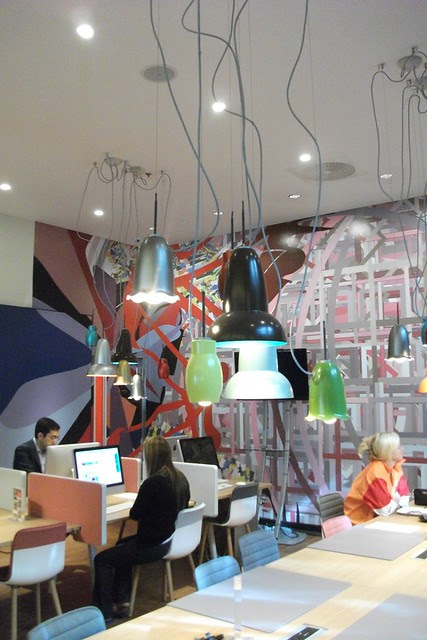 I must have looked rather curious taking pictures of everything!
but I knew it was probably a once off,
and I was really enjoying myself.....
look apple macs to use whilst having breakfast! 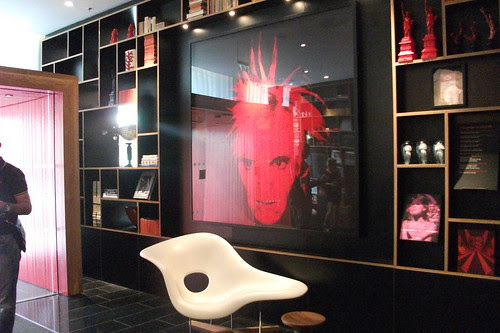 the reception area,
love the seat! 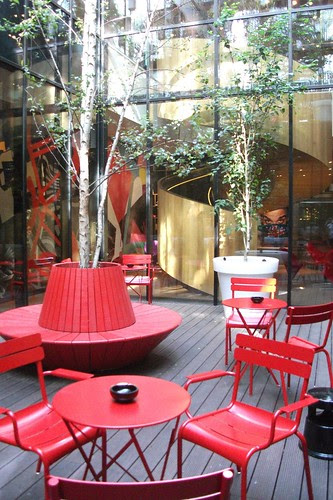 the courtyard in the middle of the hotel,
gorgeous red garden furniture, 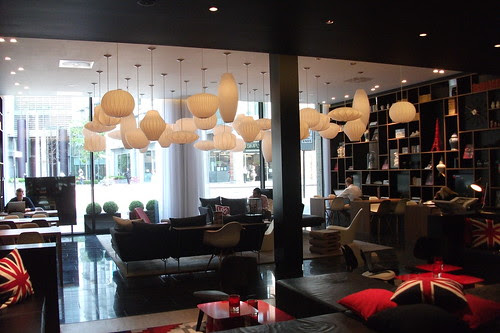 just look at the choice of seating and all those lights!
we became very attached to the place and only just made check-out,
after having to extract my teen from the ipad! 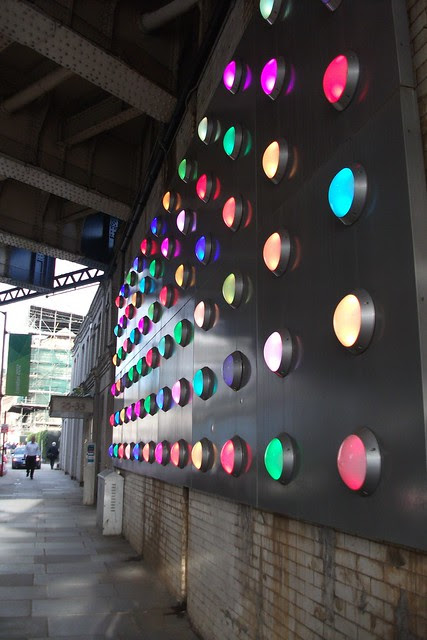 walking around South London, near Bankside, where the hotel was,
things have really changed from what I remember them as,
the whole area has smartened up with new artwork and modern buildings, 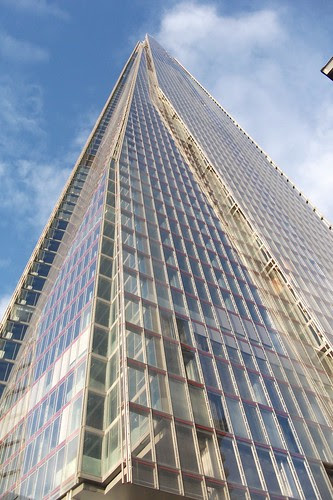 this is the Shard building, now Londons tallest building,
a walk across the Millenium bridge. 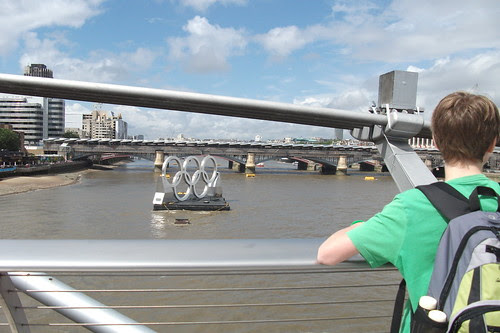 we found this on the bridge 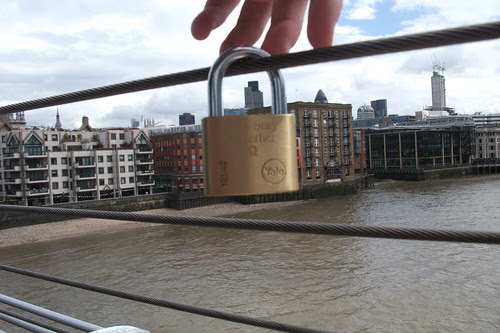 it says "lets stay together" and on the other side three initials.
how sweet, it was only put on in the last day or so looking at the date.
I've never seen this before, I was quite touched....... 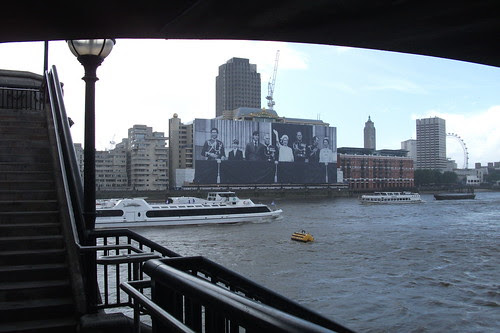 teaching my son to use the underground and getting lost in the subway!
coming out here to see the queen waving,

we also did a bit of mudlarking on the banks of the River Thames, for those of you who don't know,
this is the same as beach combing!
all kinds of strange things have been found!
we found some pieces of old clay pipe that the sailors used to use,
and some sea glass and pottery.

.......feeling totally exhausted by this point,
we decided to veto the science museum for another time!
and came home on the earlier train,
the dog was pleased......
(a friend house-sat for us!) 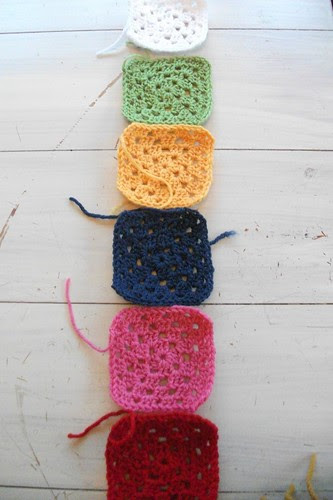 on the way home I started these,
not quite the olympic colours!
but more on this to come.

thank you for reading this very long post,
I will try and make the next one short and sweet!